If you hadn’t read my previous post last Friday was awesome! Twenty inch fish rising to dry flies. I don’t think I can imagine anything better.

Well Doug and I thought it would be a great idea to check it out again. TVA was going to generate one hour later than they had the previous trip up. Other than that it was for the most part the same conditions. We dropped the boat and were fishing by 7am. We started picking fish up on dry/dropper rigs, then switched to streamers for a bit.

At a real nice riffle section, we both got out and did a little wade fishing. Doug was fishing a dry/dropper rig and landed a few fish. I was using a double nymph rig with a zebra midge on top and a sow bug on bottom. I had landed three fish fairly quickly and the fourth fish was a really nice brook trout.

That’s when I realized there was something wrong. With every flip of his tail I had a terrible pain growing in my finger. Oh no, I’m hooked, fish is hooked! I grabbed both lines and broke the fish off, so I could check the damage. He got me good, the size 14 sowbug was completely buried in my finger along the side of my finger nail. I gave it a few tugs with my hemostats, but it wouldn’t budge, this was going to be brutal, I thought.

About that time Doug rowed up and I hoped in the boat. There was no way we were going to cut this fishing trip short for a teeny hook in my finger, but I had to get it out some how. Doug most graciously offered to do it himself, but I didn’t go for that. Especially when he had that half grin on his face. So after much haggling from Doug and having soaking my hand in the cooler to numb everything, I man upped and with one quick pop ripped it out. It wasn’t as bad as I had thought it’d be, but wow it stung!

Okay back to fishing and after all this drama we were up on the good stretch where we’d done so well the week before. It took a little time for the fish to start rising again. The only thing left now was for us to put the fly in front of them and not mess it up. We fortunately had some great success. I’ll let the pictures speak for them selves. 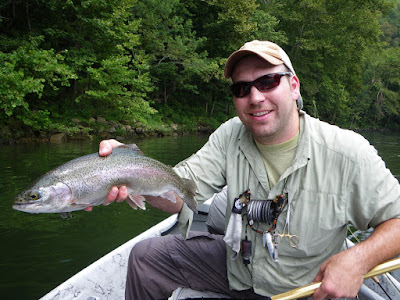 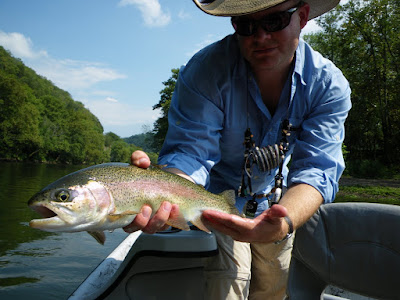 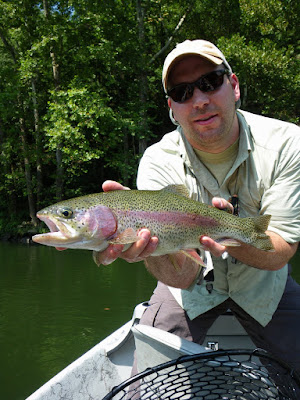 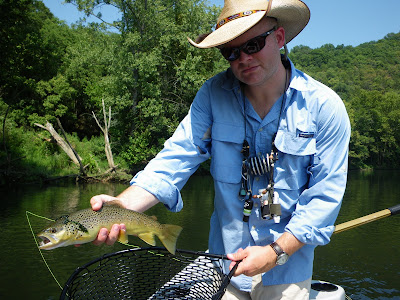 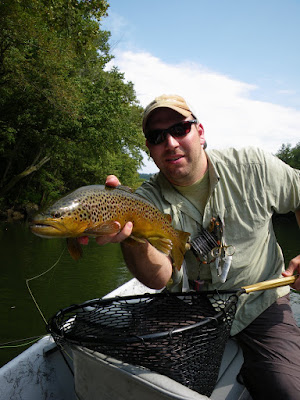 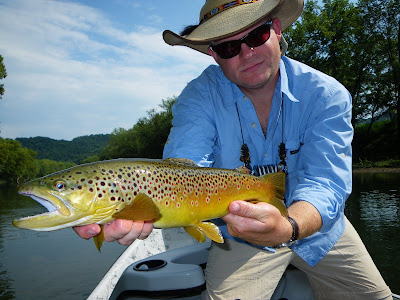 We did have two fish break us off and I missed a few again, but was much better on my hook sets than our last trip. One of the coolest moments was when I had a really nice twenty plus inch Brown jump about three feet out of the water! It was absolutely insane.

Definitely a great way to spend the day after my birthday, with a great friend on a great river catching some great fish.